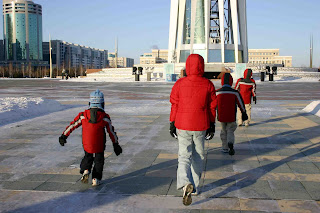 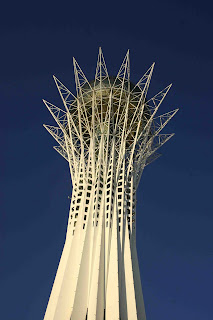 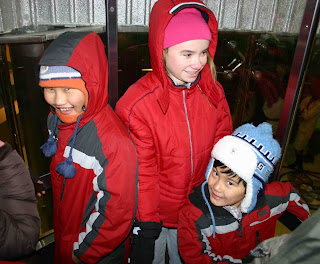 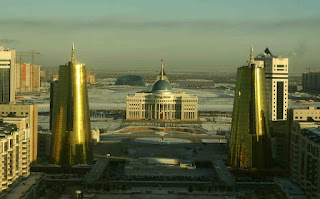 Awesome. I hope it all continues to go so well. Here's to coming back to the US with two new citizens!

I'll make a prediction. Matthew will return to Kazakstan. He's drawn there and someday will return to his other country. Meantime, you are giving all the strength and focus and love that they will need to be world citizens, making a difference for all.

God bless you all. Travel safe. And have fun.
I hope to see you all one day soon.

So glad that this new stage in your life together is going so well. It truly is miraculous how far you have all come.

Sounds like it was a great day :) I LOVE the profile photo of your family. Just looking at those happy faces make me smile.

Glad to hear the girls' transition is going so well. I think the fact you stayed in Kaz and spent a lot of time with them really helped. Wise decision. I know you are going to be thrilled to get home next weekend, though!

Michael loves seeing the photos and hearing about how y'all are doing. Keep 'em coming!

Congratulations!! I was in Astana this past Fall. FYI, there are BEAUTIFUL Uzbek Christmas ornaments at decent prices in the gift store in the big triangular building (the memorial to peace, or something closely named to that.) Best, Susan

Astana looks beautiful. Great that you were able to visit to give you children a connection to their homeland. I agree with you in that I feel very indebted to the country for a caring about their children enough to let them go. Also glad to hear that things are going well and that the dynamics are positive between the 5 kids. You couldn't ask for much more!