"Looking through some photographs I found inside a drawerI was taken by a photograph of you.There were one or two I know that you would have liked a little moreBut they didn't show your spirit quite as true." - Jackson Browne

This week, as I have been trying to recover from a very painful back injury (bent over to pick up a sock, go figure!), I have worked on a little graduation project for Matthew.  The past year I discovered Mixbook and have so enjoyed putting together a couple of photobooks.  I decided to create a sort of lifebook for Matt, and had to sort through thousands of digital photos.

Oh my.  The memories, the emotions, the journey we have walked.

You know, when you are in the midst of something, you just put your head down and plow through, lifting it once in awhile to offer the Universe a great big bowl full of laughter because you didn't know how damned beautiful life could be, and sometimes so your tears can stream more freely as you maneuver through the field of undetected emotional landmines.

Of course, none of us live with the magnifying glass pointed in the direction of our own lives, peering backward in regular close examination.  Like Dory, we forge ahead and say, "Just keep swimming, just keep swimming!".  Sometimes though, it is important to stop and reflect.

But photos only reflect so much, and true character reveals itself subtly, quietly, and with a graciousness that often isn't flashy.

In fact, that really is all our kids.  I recently had a conversation with my best friend about our kids, and I was concerned that awards and recognition don't seem to matter, they are not a motivator whatsoever and I was puzzled by it because it is almost universal in our family.  It feels "wrong" somehow, that a person would have a great achievement and it doesn't really seem to matter, and I was wondering aloud if I had done something wrong to create that natural response from the kids. We have intentionally de-emphasized competition as a family value, as we feel our faith leads us to think differently, and maybe that is the problem...if it is indeed a problem.  We feel that competing is the last thing God wants from any of us, but rather unity and supporting others ought to be goal. That doesn't mean we don't give our best at all times, but I guess the reason why is different, if that makes sense.

Last night, I realized what being counter-cultural really means, and that maybe we are at a place where years of teaching that being "uniquely developed" is a positive thing, and that the reward really comes when the journey itself has been fully embraced.

Matt was being celebrated in his local Civil Air Patrol (CAP) Squadron after attaining his final rank of Cadet Colonel.  A couple of weeks ago with a lot of pomp and ceremony, he received his official recognition from Congressman Scott Tipton at a regional black tie affair for CAP. 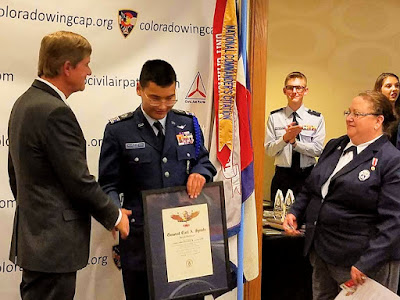 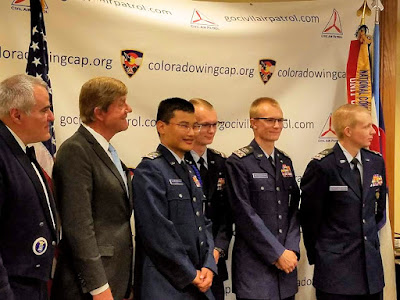 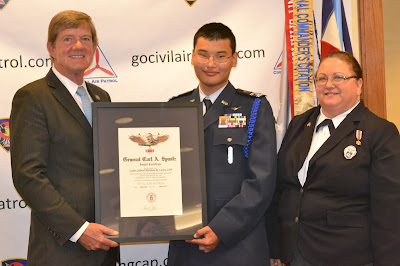 Later that week, Matt was featured on the front page of our local paper:

He didn't read the article for two days...it just wasn't of importance to him.  That was sort of what prompted my conversation.  Why didn't any of this matter?  I mean, as the adult Captain of their Squadron emphasized yesterday, this is a "really, really big deal"...Matt is cadet #2102 in the 70 year history of Civil Air Patrol to reach this goal.  Less than 1/2 of 1% of all cadets ever make it this far.  So why did this not at least bring about more of a reaction from him?

Last night, I understood why.  At the Squadron celebration, there were several cadets being honored for their achievements, including a cadet close to Matt's age who was receiving the Billy Mitchell Award, which signifies that a cadet is halfway through the rank advancements.  I recall when Matt hit that point a couple of years ago, we all thought it was quite the accomplishment.  This cadet was recognized fairly quickly, then they moved on to Matt. 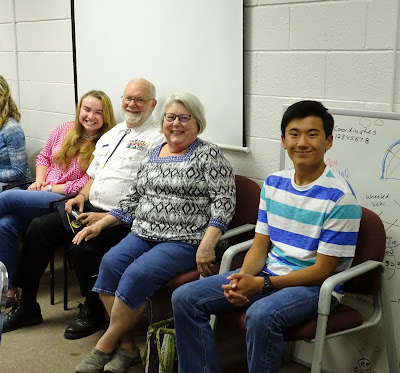 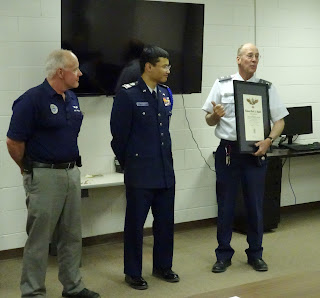 Standing there, camera in hand, I watched my son become a man I admire deeply right before my eyes.  Instantly, I "got it", and had to hold back tears.  He stood there, accepting the words of his adult Squadron leader, and then when it was his turn to speak, he immediately said he would like to share a little about the meaning of the accomplishment of the younger cadet who received his Billy Mitchell Award.  He took a few minutes to explain that many people had no idea how extraordinary that accomplishment was, because they had no reference for it, and then went on to explain it was, statistically speaking, similar to achieving the Eagle Scout honor in Boy Scouts, and that it was something to be very proud of and should be highly recognized.  You see, he wanted that hard working cadet's accomplishments not to be overshadowed by his own, and he felt a little like the other young cadet had been "cheated" of his moment in the sun, so he took it upon himself to cast the light in that direction. 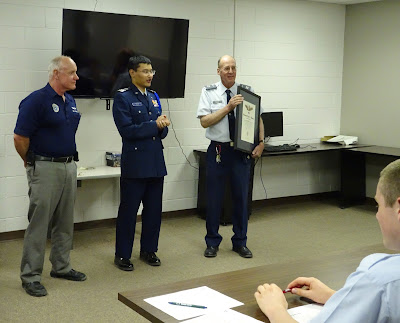 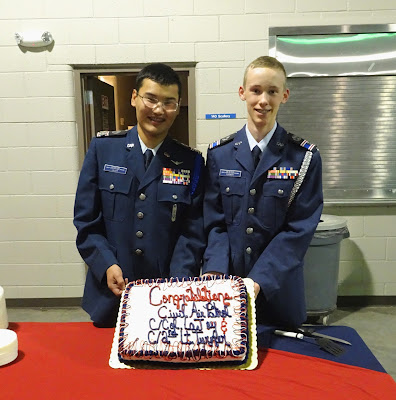 Then, like a true leader, he shook hands and stepped away...never saying a word about his own accomplishment, grateful to serve and encourage others to move forward. 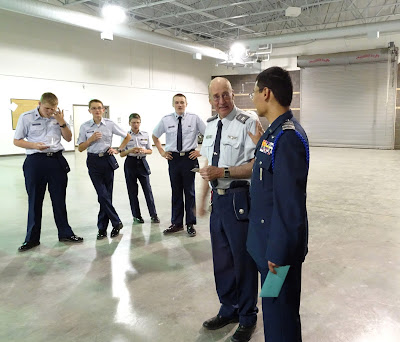 Later, he gathered everyone to thank his adult Squadron leader and presented him with a thank you card, acknowledging that he didn't achieve it on his own and he has had wonderful role models along the way.

Recalling words Matt had said after passing his test, when he shared that, "We have several cadets right now who I think can get this far, my job is to see if I can help them get there!", I realized that my son understood something that goes far beyond being meme-worthy and beyond platitude.  There exist in the world many fine quotes about hard work being the truest reward, but few I have ever met really exemplify that.  For Matthew, it is clear that his academic career and his Civil Air Patrol career have been far more about all he has learned on the journey, and the final destination was of little importance other than that it could be a role model for others to show what can actually be achieved.  I recently saw this, and realized it fit Matt very well after what I saw last night: 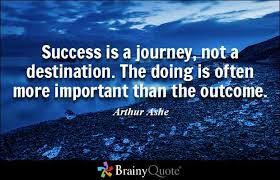 He is about to end one journey, and begin another.  On Monday, he takes his second certification test for Comp TIA A+, which is an exam to demonstrate competency for PC computer pros for installing, maintaining, customizing and using personal computers.  With this alone, if he passes, he has been told he could gain an entry level computer technician position.  That is not his end goal, but it is a stepping stone to more in depth computer knowledge.  He also has an official start date for his pilot's license, and lessons will begin in July.

All of this hard work is part of the journey for him, awards are not the reward.

Mr. Quiet isn't perfect, he is a typical teen in some ways...leaves his clothes on the floor sometimes, stacks 6 or 8 dirty glasses on his desk, and hoards the gallon box of goldfish crackers keeping them from anyone else who might want some. He can be as oblivious as any male on the planet sometimes, tease his sisters, and drag his feet getting up some mornings.  But, he is also courteous, helpful,  wise, kind, and makes a mean chocolate chip cookie (and quiche, as we learned tonight!).

His photos reflect little of the man inside, they offer barely a glimmer of his character and deep goodness, of his quirky way of viewing the world and his quiet contemplative side.

His actions though, speak loudly.  Last night, they spoke volumes.