I must be strange, because it seems to be the little things that often could be easily overlooked that make me the proudest.  We are seeing such maturity springing forth from the kids lately, and real progress in areas where we had hoped to eventually see movement. 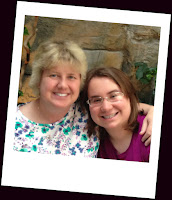 Recently, Olesya really shined.  This young lady came to us so timid, so willing to put her own needs aside for everyone else, so unable to speak her mind and share her heart.  She had spent years trying to be invisible, and to just get along with others by giving in, quite the opposite of her stronger willed older sister who had a fair amount of confidence and courage in speaking up.

A few weeks ago, we were involved in an important conversation with a family friend, and the kids were each voicing their opinions about certain issues.  Much to our astonishment, Olesya stepped up and with nary a concern boldly stated her opinion with great passion and thought.  Long gone is the child who willingly cloaked herself in the role of the proverbial "dumb blond" of the family, and there before us sat a strong, self-assured, assertive young woman. This is such a significant change for Olesya, and it is gratifying to see the consistent work put into developing her self-esteem pay off.  She is beginning to really see herself as woman of substance.  I couldn't be prouder or more pleased.

Last night I had another wonderful side of one of our kids revealed quietly to me, and both Dominick and I were deeply touched upon learning of this.  One of Matthew's fellow Civil Air Patrol cadets is moving, and last night was his last night at CAP before departing with his family to a new state.  After coming home from picking him up, I received an email for Matthew on my email address from this young man, explaining to Matt that before he had gotten home he had lost a letter Matt had given him that evening, and asking if he could resend it because he really wanted to read it.  I was unaware of what was going on, so I went to tell Matthew about the email and to ask him what was up with it.

Mr. Unassuming glanced up at me, and said, "It was just a note I wrote him to encourage him and tell 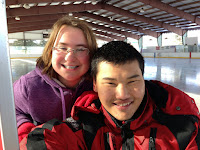 him how much I enjoyed working with him in CAP.  I know moving at this age is going to be hard, and I wanted him to know someone understood that, and that I know he will be a success wherever he goes."

Wow.  I know many look at Matt and see a teenage boy who is less obvious in his sensitivity.  He has an engineer type brain, usually quiet, very concrete and not as outwardly emotional.  But what others outside the family often aren't privy to is his artist's and poet's heart.  I look at him, and in moments like this, I see a young man with a capacity for caring, insight, and kindness that is unusual in someone his age.  We have worked a lot with Matthew on expressing his feelings, and this was a sign that we have made very real progress there as well.

These are the things that really matter, far more than Algebra or reading Shakespeare.  We spend a good portion of each school day working on life skills, on developing Emotional Intelligence, and on creating more self-awareness.  Through the years I have often wondered if my insistence on teaching these specific skills, which are often never given a second thought in a traditional classroom, has been wasted time because it doesn't give the appearance of true academics.  Maybe they are simply important to me, and we have lost valuable time that could have been better spent on other subjects.  Then something like this happens with Olesya and Matthew, and I am reminded that character matters, and that developing the whole child was our original intent 6 years ago when we started homeschooling, not just churning out report cards with A's on them.  We want to see our kids turn into healthy, happy, well functioning adults, who are sensitive to the needs of others and willing to step up to try and make a difference in the world around them.

I am so lucky I get to witness their gradual maturing into the neatest young people I know.