School is solidly underway at LaJoy Academy, and it is going to be a good year!  We will take a break here and there in the fall, but are hitting the books hard right now, and everyone is happy for the routine to return.  Soon volleyball for all the kids will be added to the schedule, bowling will be added for Kenny and Josh as they wanted to try that out, gun club will again be waiting for Joshua, and one more thing has been added to our list. 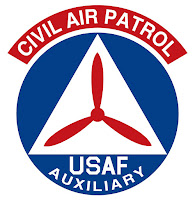 Matthew's group is losing its adult leader, and after trying for weeks to find one, was going to fold because no one could be found to take it over.

Yea, I know.  It was the last thing we needed right now as we are knee deep in learning the business and as I have taken over a good portion of the paperwork involved, added to full time homeschooling.  But sometimes you just have to say yes, and this was one of those "God hitting me over the head with a 2 x 4" moments, so here we go.

I don't know a thing about airplanes, despite the fact my dad was a test flight mechanic for Hughes Aircraft my entire life.  I don't particularly have a fondness for flight at all, nor do I have an empty schedule and need something to occupy myself.

What I do want is to see not only Matthew, but other kids as well, benefit in the ways he has from a wonderful program which has developed him into a confident, poised young man.  I want him to be able to continue participating in something he loves and has been very successful with.  I don't want to have to be away from home at least 4 1/2 or 5 hours yet another night of the week by driving him to Grand Junction for meetings.  We had an incredibly generous offer from our pastor to help with the driving for him, which touched me deeply.

I so hoped someone else would get involved and offer to run it, because I also want Matt to have the diversity of exposure to adults other than his parents.  The group has been stagnating because the current adult leader has been faithfully trying to find a replacement with no luck, and he didn't want to press for growth if the group was going to have to disband.  No one stepped up, and the 2 x 4 moment came last week when 3 homeschoolers showed up and expressed interest in joining, and when I got home from picking Matt up from CAP last Thursday I had another mom email me who out of the blue asked of Matt was still in CAP and telling me one of her sons really wanted to join.  What are the odds of that happening 10 minutes after I got home from a meeting I usually didn't attend?  Yea, I hear you God, I sure wish I was smart enough to pick up on clues that were more subtle!  So, Dominick and I agreed to co-lead the group, and we will see what happens.  The time commitment is not insignificant, as I was told it was between 3 and 10 hours a week.  Adding that to homeschooling 40 hours a week and business paperwork and planning/learning at least another 10 hours a week, and it is anybody's guess how this is going to go.  I am not one to glorify "busy", so this is not something to brag about whatsoever, and creating space for this means I probably have to let go of one of my singing commitments, which has me a little heavy hearted.

However, I learned a long time ago that by saying "yes" to things that God calls me toward, even when I don't get it or really don't want to do it, I end up gaining something sacred.  I will be the first to admit, this is something I don't want to do.  Nope.  But the 2 x 4 moments were enough to let me know that I am called to participate and that something is in store for me that I probably can't imagine...something rich and wonderful, something I will grow from.  It has never failed to prove true, so I am going to put my head down, learn all I need to learn as required by the program, and see what develops.

We have a good "Team" behind us in Team LaJoy, and that makes everything seem more manageable.  I had the sweet surprise of having all my laundry done for me this week by Kenny and Josh when I was out of town.  No one asked them to do it, they just took it upon themselves to empty our hampers and get 'er done.  We have enthusiastic kids who take "ownership" of our home and their lives, and that helps so much.  Matt also offered to help with anything additional with CAP that he could, and as the highest ranking cadet in our group we would have been relying on him whether or not he was our son.  He desperately wants the group to hold together long enough for him to take it over as an adult at 18, for he told me "Mom, this has changed me in so many positive ways, and I know it can help other kids, too.  Just hang in there a couple of years for me, then I will be able to do it."

Everyone is growing in so many ways!  Angela wants to take a course in Interior Design after volleyball season is over, Kenny dearly wants more religion and theology studies after his Comparative Religions course is completed in late fall, so I am seeking out materials for him.  Olesya wants to study Marketing and Advertising, which is a bit of a surprise and has me scrambling for something to fit that, probably some online courses.  Joshua is not asking for anything above and beyond his current work, and with bowling and shooting I think that may be enough for him for now.

And everyone is taking a unique course for school that fits us to a "T"...Entrepreneurship!  All of our kids have talked about owning their own businesses eventually, and Matthew has already seen how he can make a little side cash with computer repair and using programs like LogMeIn.com to access someone's computer remotely and remove viruses, optimize hard drives, etc. so it seemed like the time was right for us to dig into entrepreneurship.  Thus far, already it has prompted some of the best conversations, and it is easy to see that they really do think independently, and that their work ethic and some of the control they have over their education might lead to some strong entrepreneurial type minds.  Angela and Olesya are thinking about a Russian/English translating business, with Olesya also dreaming about a couple of other ideas.  They are doing business math along with it, and that is proving more challenging than they thought, but they really enjoy the real world application of the math. 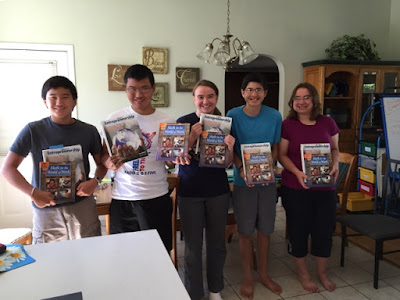 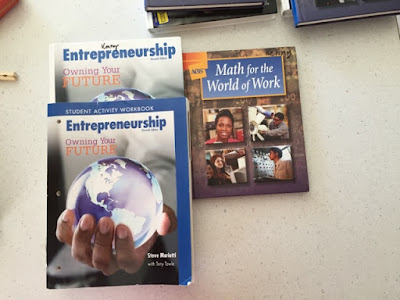 So, perhaps we are a bit of a Business Incubator, rather than merely a homeschool. We do have a plan (I'm Cindy...of COURSE I have a crazy plan!!! Hahaha!) that by the end of spring they will put their learning into action in a concrete way, which will involve them writing a business plan, seeking out investors, and handling every single aspect of opening a business on their own.  We will see if it all gels in the long run :-) but there is a lot of enthusiasm and an enormous amount of learning going on right now as we talk about the "sweet spot" for pricing in terms of supply and demand, what gifts and skills it takes to be an entrepreneur, the risks associated with it and risk tolerance in general...lots and lots of deep, rich thinking going on 'round the kitchen table!

And how wonderful it is that I get to witness it, participate in it, guide it, and watch it blossom.  Being the mom in this family is the coolest job I could ever, ever have.  I have been privy to the kinds of conversations parents seldom have with their kids, I have been able to watch the girls go from not a word of English to reading Poe, Emerson, Angelou, and more.  I have seem them all morph into these creatures of intelligence and depth that stuns me sometimes, during conversations about whether "sin" is subjective, or what characteristics determine whether someone is a "fool" or wise. (Just this morning these were topics.)  And I have a lot of work to do to stay ahead of them! Hahaha!

You are, indeed, all stronger than you are apart. Team LaJoy is an awesome group of unique and wonderful people whom I am so proud of, and so proud to know. The way you each faithfully seek out God's path is remarkable and beautiful to witness. Can't wait to see what's next for Team LaJoy collectively, and for each individual as well!

I need to get my eyes checked. When I first read the post I thought it said, "School is sadly underway". Ha Ha Ha. Quite the contrary, it looks like it will be an awesome year!
Teresa F