I had a bit of a "light bulb" moment today, one that I am surprised took me so long to have, frankly.  Some of you might laugh at this flash of "insight", and others of you who follow us I know are in the same boat and might have your own 100 watt moment as well.

Today Angela had some heavy dental work done, and has more to go.  Her anxiety was palpable last night when we talked about it, and she had every right to be nervous...she was facing a root canal, a filling, and 3 crowns today, with wisdom teeth to be removed in a couple of weeks.  This poor girl has already had so much with two prior root canals and several fillings after she came home.  Funny how no one ever thinks to warn you about the incredible dental costs that you will face in adopting older kids who have had zero dental care and poor nutrition their entire lives.  Well, I guess if you were to ask overseas the use of pliers is considered adequate dental care...at least that was true in Kenny's case.

So there I am, my sweet 17 year old being unusually quiet as we enter the dentist's office, knowing her heart must be beating much faster as she anticipates the next 3 hours or so filled with needles and drills, and I get myself settled on the couch in the waiting room as they take her back.  I was planning on going back with her, but there was some confusion about Xrays being taken first and they ended upstarting the work without me present.  She was going to have anesthesia for it, so by the time I realized they were likely already working on her, I knew she wouldn't really need me there at that point. 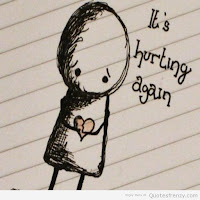 their own?  How many times have I seen the panic spread across their faces as images of prior experiences flash through their minds, telegraphing their every fear?  How many times have I held them as they clung to me as they worked through old nightmares with very real monsters in the starring role?  How often have I assumed this was a normal part of parenting?

I posed a question on Facebook this week, asking if my 480 friends got a lot out of their Facebook forays, or if it was merely a "time suck".  Now, mind you, of these 480 folks I count as "friends", a good number of them I have never met face to face.  Some are ministry connections whose posts feed my soul in a number of ways.  Some are homeschooling connections that have been picked up here and there.  And the overwhelming majority of them are adoptive moms and dads with kids who come from hard places and have lived through too much, needs too long ignored, hearts sometimes hardened by neglect and not having ever been truly "seen" in their short lives.

As such, my Facebook feed is filled daily with stories of triumph and tragedy, with surgeries and recoveries.  Photos includes casts and feeding tubes, hospital beds and tiny little walkers.  Posts contain the ache of broken brains that will never function normally and the anguish that brings to both parent and child, and the little successes when someone can finally turn and look their mama in the eye or accept a hug for the first time. Day after day,  as I scroll, I see love winning at every turn, and I capture a glimpse of the years long journey to wholeness that I have followed faithfully along the way, praying for good outcomes, hoping for diagnosis that will offer answers, and writing celebratory comments as the occasion calls for.

Today, for the first time, I really realized this is not normal.  I also know this may sound completely strange and odd, but at a gut level I finally really recognized our family's story is among all those others, that we too are "them".  Isn't that ridiculous?  That we could be this far into our lives together and only now am I seeing the parallels?  And not just seeing it, but internalizing it in some new sort of way I never have before.  I have no idea why it took me so long, but it is some sort of new revelation at a deeper level than my prior shallower understanding.  The kindred-ness of it all just spoke loudly to me today.

The average mom doesn't have a Facebook feed filled with the sort of remnants of trauma and neglect mine is filled with.  The average mom isn't open up her newsfeed each morning, pressing that down arrow and moving past miracle after miracle, hurt child after hurt child, brave mama after brave mama.  The average mom doesn't see the vacant expressions of so many newly adopted little ones, and the gradual smiles beginning to appear in photos months...and sometimes years...later. 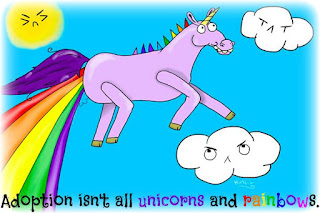 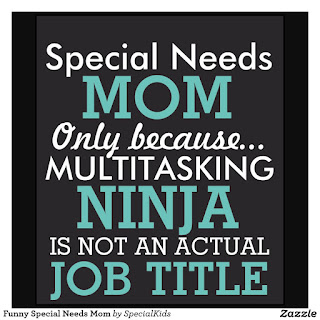 But on Facebook, among this collection of never-met or perhaps once met friends, I find I really am the "average mom", I find I have a peer group of sorts that can't possibly have been gathered in rural Western Colorado, where there mere appearance of our entire family at Walmart gives cause for stares, and where the acronyms of adoption are as foreign as our children are.  On Facebook we use our private lingo, this Tribe of mine...FAS, SID, CAPD, IA, I-171H,RAD, IEP, 504, and so many more.  It is the one place where we don't have to start at the beginning with explanations, interpreting for others.


On Facebook, or here on the blog, I can share how very hard it is too have looked Kenny in the eyes this week as we discussed his future in very real, very hard to accept terms, and see his dreams floating above him, circling tantalizingly out of reach.  On Facebook, or here on the blog, my fellow "average moms" know how I feel as I scramble to be outwardly positive, pointing always toward the promise of possibility, when reality is heavy, weighty and utterly unfair.

On Facebook, or here on the blog, there are fellow moms among whom I am average who know what it is to have not one, but two, three, four, or more serious surgeries on the horizon, and who steel themselves to put their emotions on hold so they can be the bedrock their child can build their own faith in recovery on.

On Facebook, or here on the blog, I find solace and friendship, support and encouragement. Perhaps more importantly I find community, one in which explanations are brief and immediately understood, one in which I can be authentic and angry, discouraged and disheartened...and there will always be someone who will reach out to lift me out of the morass and offer concrete suggestions.

On Facebook, or here on the blog, I am reminded that I am indeed a special needs mom, times five, because sometimes I forget that. On Facebook my experience is validated and my insights are affirmed. I can reach out for immediate prayer and know that immediate means the moment someone reads it, and I can trust that appeals are being lifted up just for me and mine.

Tonight, Angela in her dental weary state is still not quite herself, but she'll be fine.  What child of 17 years old, after awakening from a 5 hour post-dental-sedation slumber, makes it a point to stagger around the house looking for her mom to give her a huge bear hug and even with the ache of the day still present say,"Mom, I really want to tell you thank you.  Thanks for getting my teeth fixed, and most important, thanks for always being there for me and for all of us."

Matthew came to me after camp and said, "Well Mom, I hate to say this, but I really think I need the extra surgery on my back to take the hardware out.  The original pain is gone, but now there is a new pain that feels like the metal is scraping my muscles and it is really uncomfortable.  I am so sorry, and I know it is another major surgery for you to go through with me, but I don't want to feel like this the rest of my life."  then he added as he grabbed to hold my hand, "But we can get through this together..."

I know my fellow "average" moms can understand the sighs of relief over one conversation,and acceptance over another that I heaved over both those conversations.

So Facebook may ultimately be a "time suck".  It can admittedly be the vacuum in which I spend far too much time, saying far too little of any real importance.  But it is where my people are, and that that matters. It matters a lot.  It is where I can find someone at just about any hour of the day who can virtually nod their head in complete understanding over insecurities that arise in the wee hours of the morning, or where mid-neuro-psych evaluation I can share how heartbroken I am as my son hangs his in defeat at all that he can not do...and know he can not do.

I really don't think I could make it without them, this tribe of Warrior Women, fiercely determined, enduringly patient, endlessly sacrificing.  My gratitude has seldom been expressed, but I am fully aware of what a unique Club I am privileged to belong to.  Thank you, ladies (and a couple of long time dad friends, too!), for walking alongside me. 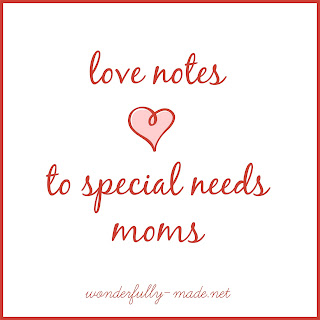 Wow Cindy, what a beautiful post! I feel the exact same way as you regarding Facebook. Most of my friends are from the adoption community, and honestly I could not live without them, they are my rock! It is amazing how close you can feel to another mom/family and yet we have never met in person... crazy but I would not have it any other way! You are the best Cindy and my hero!