Fear in Many Forms 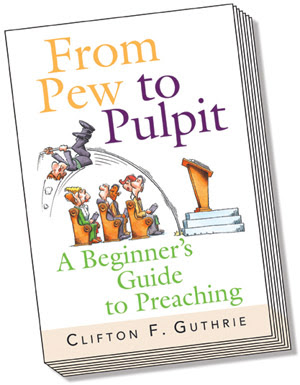 As I have tried to discern and follow what I have perceived as a call to ministry in one form or another, I have really had to push myself to enter uncomfortable arenas. I often find that I am laughing inwardly...almost maliciously...as I struggle to let go of old images of myself. It is hard when you begin to pursue something you never would have imagined for yourself. Believe me, this caught me totally off guard and I avoided what was growing more and more obvious for a very long time. I heard God, but chose to ignore what I was hearing because I was so disturbed by it.

When I finally gave in and realized I would know no peace until I did surrender, a wave of relief washed over me which was quickly followed by great fear and trepidation. Those who minister to others have a great responsibility and they need skills which are not always as measurable as those necessary for an architect or a mathematician. The soul is the very essence of who we are, and nurturing that precious part of us is not a task to be taken lightly.

So upon making the decision to follow what I felt was God's path for me and work towards licensed lay ministry, I knew there were going to be great challenges ahead. I was going to be pushed so far out of my comfort zone that it would be like asking a gorilla to excel at needlepoint. I am not at all a person one would point to and call "courageous", and stepping into the unknown abyss is something that most often I would turn and run away from. But I knew if I wanted to honor God and respect the direction I had been given I simply had no choice.

So today, for the 3rd time in 4 years I found myself standing at the pulpit and delivering a sermon. I was asked if I was interested in filling in while our interim pastor was away this week, and my first inclination was to say "no" but somehow "yes" came out. This is so completely out of my element. I am an absolutely horrible orator. I was the kid in high school who would rather die than give an oral report, who was the wallflower and preferred to sit near the back of the class and not be called on often. There are those who exude confidence with a microphone in their hands, who are such naturals at it. I am not one of them.

Why do it then? Because I take this call to lay ministry very seriously, and I have so much to learn. Much of what I have to learn will be uncomfortable at first, and some of it may remain uncomfortable and I may never really feel I have reached a level of proficiency that I am pleased with. So I am forcing myself to follow God into places that are unfamiliar, where I know I might never be satisfied with how I perform. But it is only through this sort of exploration that I will discover those areas where I do excel. And surely there will be one or two along the way.

I stood in front of our congregation today whose numbers were greatly (and thankfully!) diminished due to holiday travel plans, and I did my best. Was it good? No. I am a beginner and know that full well. Was it the best I had to offer with the training and lack of experience I currently have? Yes. That is all God asks of any of us, isn't it? Will I ever be a good preacher? Nope, I highly doubt it. But maybe somewhere in the midst of all that ineptitude there was a message that was received by someone, maybe something I shared as I stood there with knees knocking and heart pounding hit home for someone. If my efforts touched just one heart, I would feel as if my own personal suffering and discomfort was worth it.

I am still trying to figure all of this out, I have no idea what God has in store for me or why I, of all people, have been asked to walk this road. At this stage, all I can manage to see is all the things I can't ever imagine myself doing and all the roles I will never be able to fill. I ask myself over and over again "So why am I doing this????" and the only answer I seem to have is "Because you were told to.". There is no plan for the future at this point, there is no thought as to how I might use the training I am pursuing. There is only trust that what I have been asked to do has value and the use for it will eventually be shown to me.

I am learning a lot from facing some of my fears and pushing myself to do that which does not come naturally to me. I am seeing myself from a different perspective, as someone who maybe does have a little guts. I also like the lesson this is teaching my sons, that you don't walk away from something simply because it is hard or scary. You can tell your children to "do the hard stuff" but there is nothing like showing them.

Tonight as I sit here I'm also giving great thanks that Dominick, our friend Mr. Steve, Matthew and Kenny are all safe. They were driving the boys over to Colorado Springs when their 5 hour trip was interrupted when they came across a road block as the traffic was stopped due to a 4 car pileup on the 2 lane mountain pass they were traveling. There was at least 1 fatality and the road closure caused them to have to double back and lose about 2 hours on the drive. It had happened not long before they were to have passed through that section of road. They were running a bit late this morning, and it might have literally saved their lives.

Isn't that one of our worst nightmares? That we will not be traveling with our family and something will happen to them and we will be left behind? When we read of such stories in the media, we almost wish we hadn't read them for the emotions they bring up in us are ones we want to push away, as it is unfathomable to think of being a survivor when the rest of your family has perished. I am one of those who would never live through such an ordeal, I would never have the strength to go on if I were to lose my family. I am eternally grateful that other than an inconvenience of the boys arriving at camp 2 hours late, tonight is not a night of horrible sorrow.

Thank you God, for so many things.

Cindy, I so wish I could have been there to hear your sermon, but I am sure that the message was exemplary and came through as heartfelt and with the love that you put into everything that you do.

I applaud you in my heart and I know where you are coming from as far as fear of preaching and public speaking is concerned. I have had to learn to embrace the motto,"Just Do It!" I have also had to learn to relinquish such moments over to God and allow myself to be carried in the Creator's capable arms.

I am so glad that your men are safe. Take a look at my archived post on Prayer, it talks about such items in a small measure.

I can't wait to see you in the next class session. Your face will be a bright spot in an otherwise anxious time for me.

I know you did a way better job than you give yourself credit for-you are so talented and so wise to take that step of faith in obedience to His call on your life!!

People are called in both big and small ways.....I have a feeling that you, speaking from the heart, did a grand job!

The pics from the 4th are wonderful....your boys are so darling! I absolutely can't wait to read more about the next Kaz. adventure you have hinted at....how wonderful! :)

We all do have so many things to be thankful for...not the least of which is our family being delivered safely back to us at the end of each day.....

Cindy.... I find it so hard to believe that your sermon could have been anything less then amazing. You are such an awesome individual. I hold you high on my list of folks who are making such a difference in this world. One day maybe I will be able to catch you giving a sermon and even better hopefully I will be accompanied!

i have another you know your family is different when....

Someone announces they're having a baby and your child responds "You're adopting?"

That was hilarious! Thanks for brightening my day with Laughter.

Angie
One of the Kyrgz 65

Good for you! Your description of how you were in high school sounds a lot like me too. You should be proud of yourself for saying "yes" and doing what you feel God is calling you to do. Your spirit amazes me.