It is 11:30 PM, and we are just now winding down after an extraordinarily busy and happy day.    We spent the first portion of our day in places we couldn't photograph...the Denver Mint and the Federal Reserve.  It always surprises me how many free things there are to do if you take the time to look for them, and our kids always seem to really enjoy whatever we do even if it's a location many kids might complain about being "stuck" seeing.  We all learned a lot at the mint, and Joshua in particular loved hearing the statistics about the dollar amounts transported in their carts, and the fact that the Federal Reserve in Denver can store $73.5 million dollars at any given time.  He also broke out with $4 of his own money to purchase an Abraham Lincoln book of famous quotes that we found in the gift shop along with an Abraham Lincoln coin.  I tell you, that kid is obsessed with good ol' Abe.  Kenny bought a beautiful proof set and he grinned as he turned around and told me "Mom, I still have the other coin I bought on our trip to NY and DC.  Maybe coins are good luck for me as I haven't lost them yet!"  Kenny loses everything, so he was proud of himself for still having it and felt safe to add to the collection.

We spent some time just driving around downtown Denver, looking at the various buildings, people watching, and talking about the history of the city.  We had wanted to visit Union Station because we had watched a short film about it, but it is closed for renovations so we had to move on.

Next came the Capital Building, which we had visited once before with the boys, but we wanted the girls to see it as well, so we went ahead and took a tour again.  It really is a beautiful building, but Olesya declared that she was far more impressed with our nation's Capital, even though this one was still "nice".

The main event for the day was still to come, and we went to LegoFest at the Convention Center.  This was really all about Matt's dream coming true, but all the kids really loved it and were surprised how much fun they had.  There must have been about 7,000 people or more spread out over 3 acres of Lego Heaven.  We even saw acquaintances from Gunnison and visited a bit, which was a nice surprise.  It was stunning to think of the amount of cash devoted to plastic bricks, when one added up the entrance fees, as well as the volume of sales they made in their on site store.  Matt did not give in to temptation, as Legos are really quite expensive and he is at the point now where quite honestly even the largest, most expensive kits at $400 would provide barely an afternoon's worth of entertainment.  His skill level long surpassed the cost of the above average kit, so we just don't buy them anymore and he builds without plans whatever pops into his head.  I should have taken a few more photos of some of his more elaborate creations recently, which includes a 4' cross bow which actually shoots Legos across the room at high velocity, a 4 1/2' aircraft carrier with hydraulic lifts for small planes to come up on deck, and some sort of huge airplane which I am too lame to know what it was, but it had movable wings.

Here are photos from today: 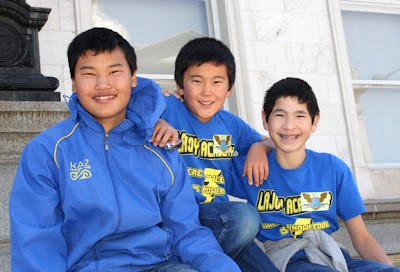 I love this picture of the boys, taken outside the Capital building...it is hard sometimes to get natural smiles out of all of them at the same time! 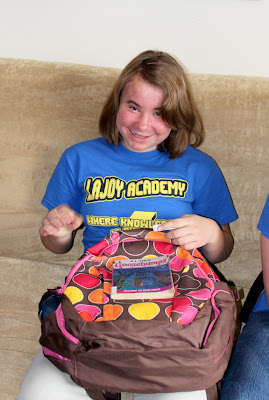 Olsya, our 2nd Mom/Head Girl Scout, getting ready for the long day ahead. 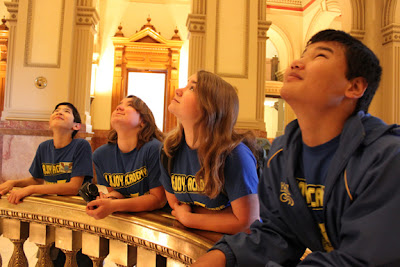 Looking up at the dome in the Capital Building, the kids loved how ornate everything was. 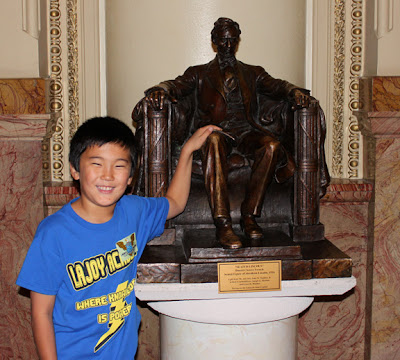 Josh with his hero.  I keep wondering when he will move on to someone else! 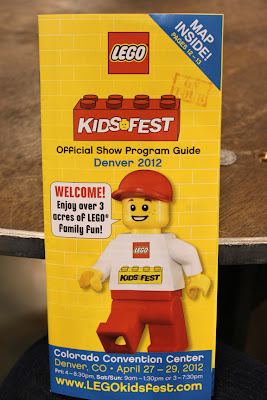 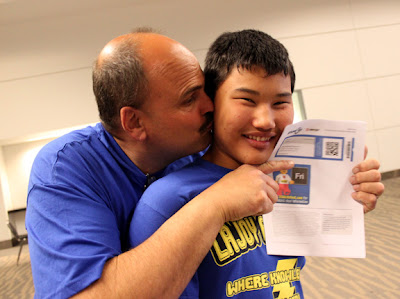 This was our one treat for this trip, which is being funded by our homeschool program.  Normally we would never do something so extravagant, but how could we resist with a Lego obsessed kid like Matt?  We thought he had earned the right to attend, after all these years and the hours upon hours of creating he has done...I am so glad we did it, he was over the moon with joy. 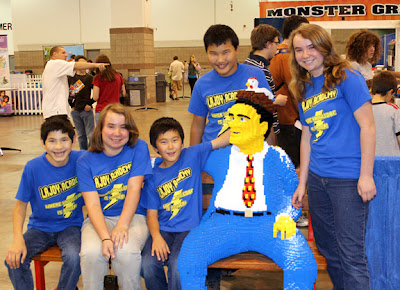 Lego sculptures were everywhere and were quite impressive. 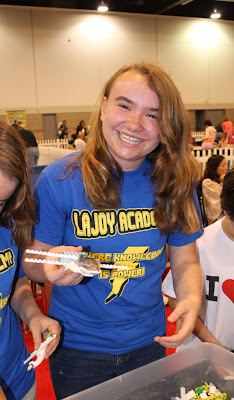 As you can see, it wasn't just Matthew who had a good time.  Angela is actually a pretty talented artist, and using Legos comes easily for her to create interesting items.  Poor Olesya and Josh were more along for the ride, enjoying seeing things and looking at the various ways Legos were used, but neither are really all that into building with them.  However, when asked they both jumped to say they had a lot of fun and it was a lot better than they imagined it would be. 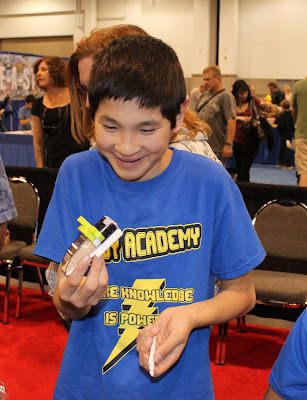 Kenny loves Legos but is not gifted at building them, he struggles to think spatially, but he always really enjoys playing with whatever Matthew has built. 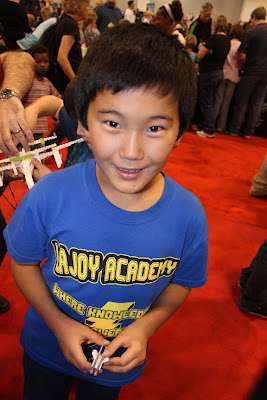 Josh was in a class with the rest of the kids, and that tiny little thing you see in his hands is all he managed to make after 20 minutes or so.  It didn't seem to matter, he loved watching the other kids all around him as they built incredible things. 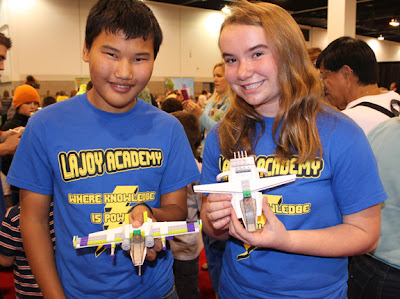 After the class, Angela and Matt show off their space ships...15 minutes or so to create something after having been given tips by a Master Lego Builder. 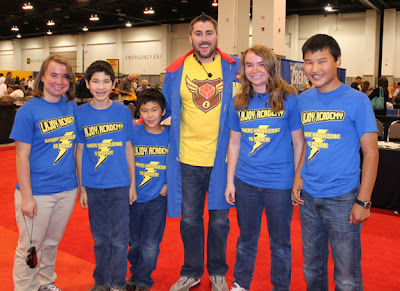 And here is the Master!  Did you know there are only 7 Master Builders in the United States, and they create most of the large scale models you see all over America?  This is one of them, and he was a really nice guy who you can tell is very, very pleased with his career. 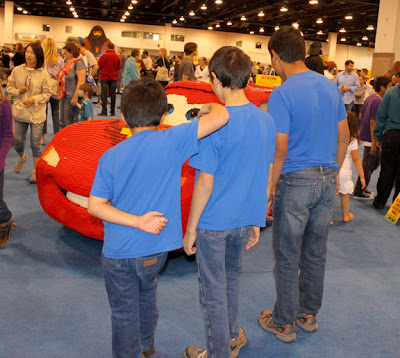 Speaking of the Master Builder, whose name I have forgotten, the boys sit back and admire one of his creations...a model of Lightning McQueen from the movie "Cars".  Super impressive! 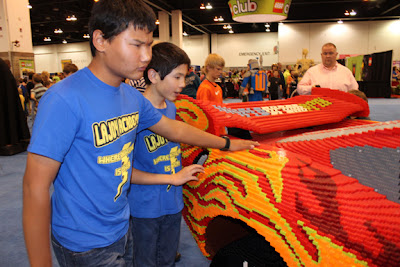 This model took over 1800 hours to build...it is hard to fathom it. 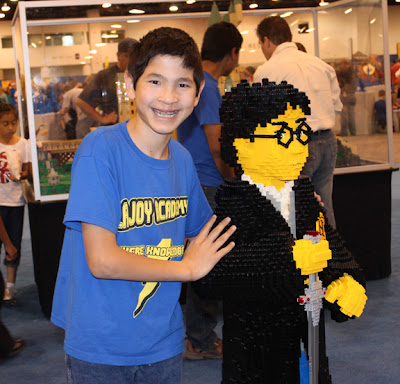 Kenny with another model of Harry Potter, which was a timely thing to come across as he is trying to read the first Harry Potter book right now! 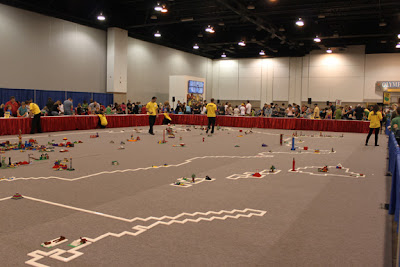 One of the cooler activities was this one.  An outline of the United States is laid out on the floor, and visitors can create anything to use as a landmark somewhere on the map, and they build until it is filled.  So, of course, we built! 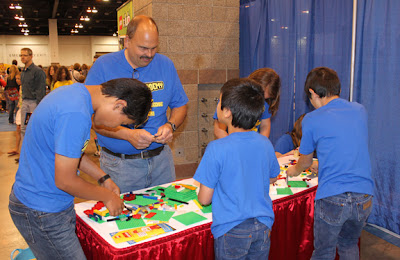 I am not a creative person and Legos are not something I like working with at all, but Dominick does! 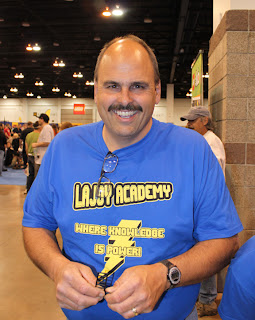 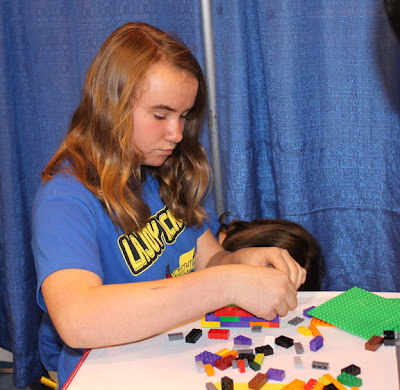 Angela was building at first, as was Joshua, but both gave up eventually to become Matthew's trusted assistants.  They ran from bucket to bucket to gather specific colors and sizes of Legos for Matthew, who then set about making his own contribution to the US Map. 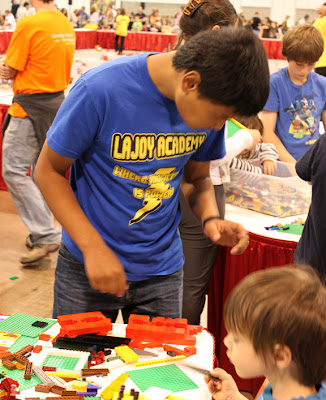 Here he is, just beginning, no drawing or plan other than what is in his head. 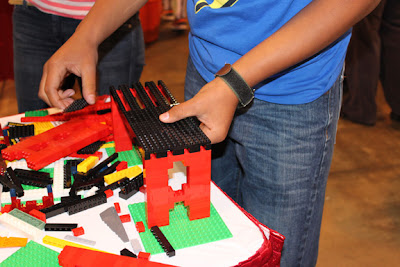 It starts to come together, but he has limited time if we want to see other things, so this was about 45 minutes from start to finish. 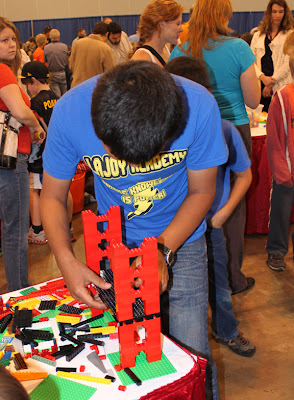 Ahhh...it is becoming clearer, it is a replica of  a segment of the Golden Gate Bridge!  He had a couple of adults watching him at this stage. 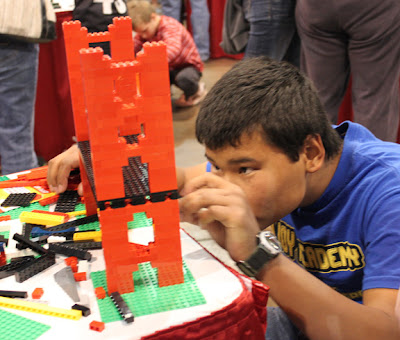 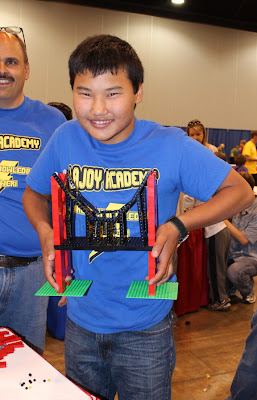 He told me "Mom, I wish I had a lot more time and something to use as cable, as this doesn't look at all like what I'd like it to look like." 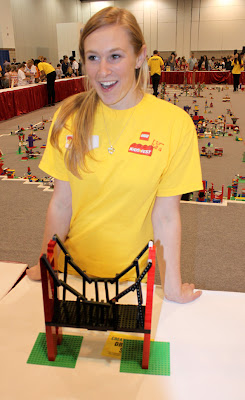 Not half bad, I'd say from her reaction!

Tomorrow we will be sleeping in a little, then visiting the museum and the planetarium.  We are all worn out from the past couple of days, and are looking forward to a slower pace tomorrow.

I am betting Matt has dreams of plastic bricks tonight!
at April 28, 2012

Could Matt build you an Ikea kitchen out of Legos. Legos would make sleek furniture (sort of) or modern looking.

Keep having fun and relaxing. Have someone in the family take your picture occasionally, Cindy. Your family is not complete without you.