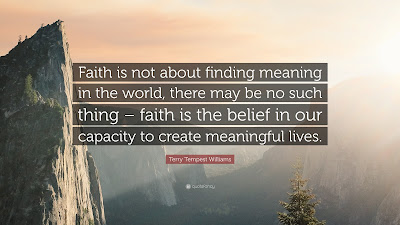 Finding meaning in our lives isn't always easy.  We all want to live meaningful lives, but it can be challenging to do so as we just go about the daily job of living in this world.  Like the song, "The Pretender" by Jackson Browne:

These lyrics get to me every time, as it speaks to the reality of daily life for the overwhelming majority of us all.  The struggle to pay the bills, the yearning for love, the settling that so often overcomes us all because it is easier than fighting the supposed "good fight".

I don't know about you, but I have spent a good portion of my life considering what it means to live a life of purpose.  I pondered this even when I was very young, somehow recognizing that we only get one go round here, and not wanting to squander that opportunity.  As I matured into my teens, this began to matter even more as I grew up in an era of excess, a time when a much younger Michael Douglas declared from the big screen that, "Greed is Good."

The 80's and 90's were when I came of age in Southern California, and shallow seemed to be all around me, from McMansions to Valley Girls a few miles away to Televangelists proclaiming a God that would make me rich if only I sent them a few bucks every month.

I kept searching for meaning, and eventually found it in volunteer opportunities, in my family, in the church.  Mostly, I found it in a quiet, subtle faith...not the evangelical proclamatory kind, but a hope in mankind that was always present because God thought we were worthy of caring about.  If God cares about me, as unworthy as I often feel I am, then God cares about everyone else too, therefore I ought to care about them.

As Mark Zuckerberg testified the past few days, and the evils of Facebook were thoroughly dissected by a vulturous media with equal parts jealousy and desperation, I couldn't help but think of how strange it was that of all the places I have searched for meaning, Facebook is one that would be high on my list. Oh, I know the evils it presents with data sharing, oversharing, and message sharing. I understand how it can suck you in, chew you up, and spit you out, how it can lead to envy and dissatisfaction with our own lives. I am not immune to any of this either, and from time to time I have had to do a Facebook Reset, take a break, purge my newsfeed of unhealthy influences, and learn how to manage the input.
However, for all the negative that can be found if one doesn't manage their Facebook activity well, very few today talk about the positives of Facebook interactions.  As with anything in life, you get out of it what you put into it. 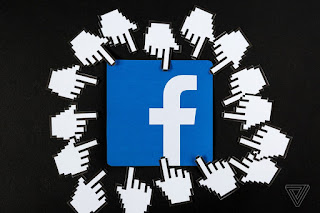 thoroughly dissected by a vulturous media with equal parts jealousy and desperation, I couldn't help but think of how strange it was that of all the places I have searched for meaning, Facebook is one that would be high on my list.  Oh, I know the evils it presents with data sharing, oversharing, and message sharing.  I understand how it can suck you in, chew you up, and spit you out, how it can lead to envy and dissatisfaction with our own lives.  I am not immune to any of this either, and from time to time I have had to do a Facebook Reset, take a break, purge my newsfeed of unhealthy influences, and learn how to manage the input.

On Facebook I have found referrals to resources for my kids...resources completely unavailable locally.  I have learned from others how to homeschool, and been directed to curriculum and remedial programs I never would have found otherwise.  I have had long term long distance friendships with people I have "raised my kids alongside" virtually, and who understood the unique challenges we have faced and cheered us on.  I have developed deeply meaningful connections, developed community, and shared joys and sorrows.

You see, YOU have to be authentically who YOU are, if you want to have authentic relationship on Facebook.  It isn't about your latest and greatest vacation pics, your images shared of the spectacular meal you are being served at a fancy restaurant, or your "perfect life" with your "perfect kids".  It is about sharing as you would face to face with those who you trust to also be authentic, and believe it or not, others are out there just like you who also yearn for the surface sharing to be set aside, and the real relationship to develop.

Today, I was moved so deeply and reminded so concretely that Facebook is merely a tool, and meaning is available to us anywhere if only we are willing to offer it.  As some of you know, I have created a group on Facebook called Blue Collar Homeschool, which is for families of kids who are headed toward trades or career training after high school rather than attend college.  Created in October, I felt I would be "successful" if we somehow managed to have 500 members by the one year mark.  More important than numbers, though, was if we had meaningful "real" conversation generated in this group.

That there were mothers out there feeling lonely and who needed community badly.

That there was a need for support for those whose kids really were not college material.  Wise parents who recognized this and didn't feel they ought to push that path were being made to feel like lousy educators and parents in other groups because they were being realistic.

That, for many, there was no place else to go to talk about the things they most needed...resources that were not all college prep, ideas for job training, a community of like minded people who would not ridicule them if their child couldn't master Algebra.

That there were kids who were as alone as their parents were, who despite having amazing non-academic skills, they still felt like failures because few value their unique gifts.

That there were special needs parents like myself who are secretly terrified of the future for their beloved ones, and desperately needing a sounding board for brainstorming ideas for kids who don't fit the mold.

I just had no idea at all.  Or maybe I had a tiny idea, but not of the overwhelming need for a place to be who we are, a place to be valued and helped, a place where you could share your kids' accomplishments without feeling shame because we weren't talking about SAT scores, AP courses, and college admissions. 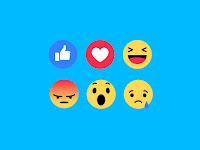 Incredible, it just blows my mind.

But what touches my heart and where the real meaning is found has absolutely nothing to do with statistics, and though a couple of my personal cheerleaders pay close attention to those numbers, I value something else far, far more.

The real meaning comes from the photos posted reflecting smiles on the faces of kids who have received a Certificate of Recognition that we send out for all kinds of unusual achievements.  It is in the comments we receive from parents who feel they have a safe place, a sacred place perhaps, to bring all of who they and their family are and not have to hide, be ashamed, or pretend.

The past 24 hours have brought me almost to tears, and I am blessed with a husband who understands how important this is, for these families are our own, too.  I have had 2x4 after 2x4 that the Spirit rapped me over the head with as I heard from families, listened to their stories, and realized how this is where I am absolutely supposed to be putting my heart, soul, and energy right now.

This afternoon I read stories about kids who are seldom "seen", but whose stories are literally heroic.  Requests for certificates came in from moms of children who have had cancer and are forever impaired, children who have been victims of shaken baby syndrome, children who struggle to achieve due to learning disabilities, and more.  There are young men who work hard in the family business but struggle mightily academically, kids with autism who are getting their first real job, and kids who are FINALLY mastering cursive after years of struggle due to Dysgraphia. You have no idea how many of these wonderful young people are struggling but also giving back...the ones above have donated hair for wigs for cancer patients, created businesses so they can help the homeless with the profits, and are helping their parents and others in their community selflessly.

Sometimes, when you struggle, you have blinders off and see the struggle of others more easily.

No, these Blue Collar kids may not grow up to be your doctors or lawyers.  They won't have bragable SAT scores to share, or big college announcement days to proclaim.  They will go on to be your neighbors, your hardworking servicemen and women, your mechanics, your carpenters, your electricians, and your health care workers.

They matter, they have just as much worth as those kids who are headed for the Ivy League.  Their parents care, they are doing their very best to educate them for careers that suit who they are and what they are capable of.  Like everyone else, they need a chance to shine, they need their achievements celebrated!

Finding meaning can happen anywhere, in any setting, as long as you are willing to put your own guard down, and to be present for others.  Connections can be just as powerful whether they be face to face, or virtual, as long as you have a desire to truly see others.

Unlike the unnamed character from Jackson Browne's classic song, I choose not to be a Pretender.  I want to live an uncommon life, even if it looks common from the outside.  I will always, always seek to be authentic, for meaning will never be found otherwise.