Is This Really Justice? Of Course It Is!! 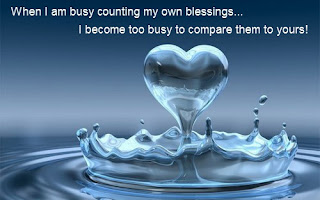 I don't usually get all "Scripturey" on the blog, for I don't pretend to be a theologian, and I prefer to see my "word of God" written in the actions of others rather than on a page or a screen.  The Bible and I have a touchy relationship. Having seen it used far too often as a literal "sword" to stab others with has left me tentatively poking at it from time to time, challenging it, scratching my head over it.  The historical context is often ignored by so many Christians, and Christian history itself is seldom studied outside the confines of that book, leaving people speaking of things as truth that I struggle to accept.

However, once in awhile something really strikes me, and I can't let it go.  Let's just say that Jesus was one heck of an expert at teaching in parables :-)  Today's Scripture passage was Matthew 20:1-16 as shared below:

The Parable of the Workers in the Vineyard

“For the kingdom of heaven is like a landowner who went out early in the morning to hire workers for his vineyard. He agreed to pay them a denarius for the day and sent them into his vineyard.
“About nine in the morning he went out and saw others standing in the marketplace doing nothing. He told them, ‘You also go and work in my vineyard, and I will pay you whatever is right.’ So they went.
“He went out again about noon and about three in the afternoon and did the same thing. About five in the afternoon he went out and found still others standing around. He asked them, ‘Why have you been standing here all day long doing nothing?’
“‘Because no one has hired us,’ they answered.
“He said to them, ‘You also go and work in my vineyard.’
“When evening came, the owner of the vineyard said to his foreman, ‘Call the workers and pay them their wages, beginning with the last ones hired and going on to the first.’
“The workers who were hired about five in the afternoon came and each received a denarius. So when those came who were hired first, they expected to receive more. But each one of them also received a denarius. When they received it, they began to grumble against the landowner.  ‘These who were hired last worked only one hour,’ they said, ‘and you have made them equal to us who have borne the burden of the work and the heat of the day.’
“But he answered one of them, ‘I am not being unfair to you, friend. Didn’t you agree to work for a denarius?  Take your pay and go. I want to give the one who was hired last the same as I gave you.  Don’t I have the right to do what I want with my own money? Or are you envious because I am generous?’
“So the last will be first, and the first will be last.”
This particular passage is troubling to many of us because it strikes us as completely unfair.  What?  Work a small portion of the day yet still get the same pay?  How is THAT right??  Isn't God supposed to be about justice?
Oh, I get that whole "the last will be first, and the first will be last" part...sort of the concept of the meek will inherit the earth, yada yada yada.
This morning though I had one of those "slap yourself upside the head" moments as I was listening to the Scripture being read.
The feelings that arose in me about this parable were really about me wanting to deny the right of others to receive gifts of grace and "unearned" blessings out of jealousy and envy.  This was about my own failure to recognize how extraordinarily blessed I have been in my life, and yes, sometimes without having earned those blessings...just like those workers in the vineyard who arrived late!
How often have I felt the sting of being slighted solely because I was too busy looking at someone else's "full plate" instead of keeping my eyes on my own perfectly filled one? How many times have I failed to act in loving ways because I felt ripped off, cheated, or that someone else had unfairly benefited somehow?
And since when does what others receive have anything to do with me, anyway???
Our culture is a "gimme" culture, with people spending far too much time being concerned with the "haves" and the "have nots".  We continually point outward and criticize how others gain while we lose...without a moment's thought to the times when we have gained and others have not.
Someone's generosity toward someone else ought not be cause for consternation or jealousy.  It ought to be celebrated!  Generosity anywhere in our world should be lifted up as an example to us all!
How often do we all overlook the unearned blessings we have in our lives?  The gift of the love of a family that some may never experience, the "lucky break" in our careers that may not have been fully justified but we sure appreciated in the moment, and the material or financial things offered us in a time of need are all undeserved blessings and most folks have experienced this special kind of good fortune at various times in their lives.
What is it inside us that then sees others receive their fair share of unearned blessing and want to snatch it away from them?  Is it greed?  Is it feeling overlooked?  Is it a sense of lack in our own lives and an inability to see our own abundance?
::SIGH::
Yea, that is me, in all my humanness.  I fail in so many ways, and for years I thought passage was about anything but what I heard in it today.  Seems God still has a lot of work to do on my heart, as if I didn't already know that. 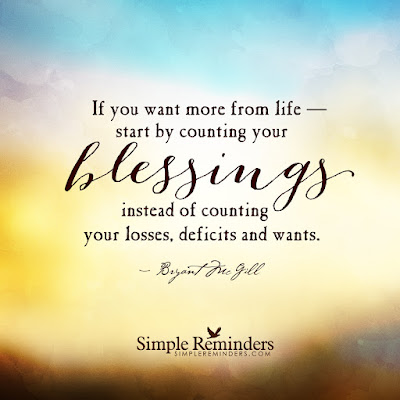