The past 24 hours were a race against the weather, as Kenny and I unexpectedly hopped in the car a day early to try and beat the blizzard blowing its way into Denver.  We are trekking to the University of Washington's Fetal Alcohol Clinic with the hope that we might finally get a diagnosis for Kenny's considerable challenges. 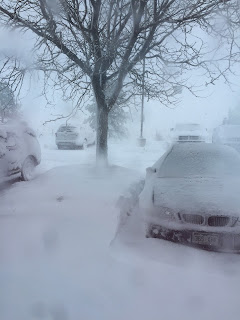 Outside our hotel room window, where less than 24 hours ago it was dry and sunny!!

How do I put into words what this feels like?  This isn't a vacation, this isn't a fun road trip, this isn't something to look forward to with great anticipation and joy.  Almost 10 years of fighting uphill as one by one, learning disabilities were revealed, and no one could tie them together.  Almost 10 years of doubt, of unanswered questions, of research, of anticipation that NOW we will know...

What is it exactly I am hoping for?  Do you have any idea how conflicting it is to actually want a diagnosis of something like FASD (Fetal Alcohol Spectrum Disorder) because at least it would finally explain what has thus far been inexplicable?  And yet determining he is on the spectrum also confirms what we have been trying hard not to think about ourselves since he was about 10 years old or so...that we worry he will never make it on his own.  At 17 years old, it is obvious now, with or without a label, that despite his deep intellect, his ability to function in the world is so impaired that he will never be able to function without supports in place,  sometimes considerable supports, and few who know him casually would ever see that because as I have said all along, he is also incredibly intelligent.  It is about functioning, not necessarily intelligence.

I am all for not limiting kids, for pushing them to be their very best, for blasting past labels and focusing on strengths.  In fact, we have done that repeatedly with Kenny and our other kids.  However, sometimes you need the label to access services, to be able to readjust expectations appropriately so you know where to let up because damage is permanent and irreparable.  Sometimes you need a descriptor for others who don't understand but interact regularly with the impaired person...and that is an appropriate term for Kenny, "impaired".

Kenny already has some labels.  True ADHD (without medication he is totally lost and loses maturity of about 5 years), Central Auditory Processing Disorder which has been fairly debilitating to him, Executive Functioning Disorder, Verbal Paraphasia, and more.  But for all we do know, we still don't have any idea why.  We have several labels which are "symptoms", but we have no root cause label.  As he approaches 18, and we realize he will need considerable help in the future, we need a true label that might help us access long term Medicaide and SSDI, as well as programs for job coaching, etc.

The problem with Kenny is he is too bright, and yet too hindered...a potent combination for 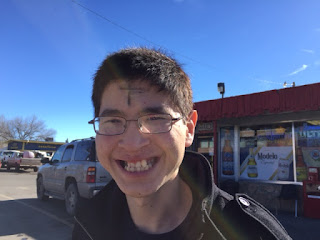 imploding at some point.  In order to qualify for most programs locally, he needs to have a 70 IQ or below.  Anyone who has been in conversation with him recognizes Kenny is far above that category, and that the typical low IQ envelope stuffing-parts counting sort of job would be psychologically damaging to him.  This is a seriously bright kid, one who loves tackling deep topics like theology, politics, economics.  He is deeply engaged by history and excellent at mental math.

And therein lies the problem.

He is an incredibly bright young man who:

1)  Couldn't make the simplest recipe on his own without help, as his brain causes him to skip around the directions over and over again.
2) Can't do a jigsaw puzzle without repeated instructions and reminders how to approach the task.
3)  Takes up to a year to develop the patterning necessary to recall a new activity of daily living, such as remembering to shower each day, use deodorant, shave.  We are still working on carrying a wallet everywhere he goes, two years later after beginning that one.
4)  Can only handle one step instructions at a time, and if distracted forgets entirely what he was doing.
5)  Doesn't have "the signal" in his brain to initiate changes in activity.  He has admitted that if he didn't see the other kids go to bed, he would stay awake all night because he wouldn't realize he needed to put himself to bed.
6)  Still can't easily process directional words when sent to look for something.  Top, bottom, left, right, over, under all trick him.
7)  Often can not recall important details such as his birth date, phone numbers, his age, etc., particularly if put on the spot in a new situation.
8)  Can't safely walk in a busy parking lot because he can't take in all the movement from so many different directions.
9)  Could never, ever find his way around an airport unassisted.
10)  Can't safely ride a bike in traffic, let alone consider driving.

So much more than above are part of our daily life with Kenny.  Thankfully, every single young person in our home has incredible patience and compassion for him, and also affirm his true intellect, or Kenny would be a very different young man.

Over the course of the past year or so, we have had some very hard conversations together, this dear son of ours and I, conversations no mom should ever have to have with their young adult child...about how limited his life might be, about what is realistic to expect to be able to do on his own, about whether he will ever find a life partner or raise children.  We have talked through fears of being a "burden" on his family, about coming to terms with skills that no longer seem to be improving, about  the realities of being gay and so very learning disabled. 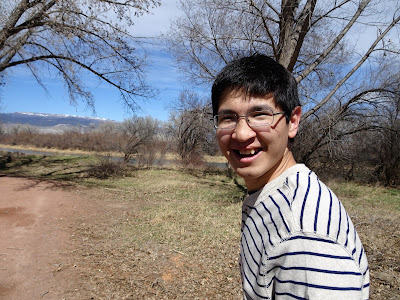 The Spirit's mercies are great, and somehow we have managed to turn the conversation around.  Our family does not play head games with ourselves, and Kenny has said repeatedly how grateful he is for the facts to be shared openly and honestly, for my willingness to "stay on him" to stop certain behaviors before they are ingrained, and to push him to do more than he thought he could do.  We have all spoken of how it would be a blessing to have Kenny for a lifetime, if need be, whether it his parents or his siblings as he is such a gentle, kind, wise, helpful soul.  We have talked more about what is possible while admitting what is improbable.  We have had wonderful dialogue around what it means to have a life of worth and value, and shown how "performance" isn't what it is all about.  We have encouraged him not to give up on finding a beautiful, loving heart in a life partner who might one day cross his path and appreciate all the amazing qualities Kenny brings to the table.

Writing this, I can now see in part why I haven't written as much this past year.  We have processed so very much alone as we work through this, and I am often exhausted from the effort required to be as attentive as I need to be.

And sometimes, there just aren't words.

There aren't words for holding the sobbing lanky body of your son as he shares his fears.

There aren't words for all the self-doubt that arises in me as I wonder if I have done enough, searched enough, worked hard enough.

There aren't words for the moments of frustration that are now filled with an acceptance of "this is forever" rather than the optimism that he is still young and improving in many areas, and just might overcome certain deficits.

There aren't words for conversations that begin with, "I sometimes wonder if it would be better if I was mentally retarded, because then I might not understand all the things I can't do."

There aren't words for how proud I am of his resilience, his innate joy in life, his graceful acceptance of limitations.

There aren't words for how much I love him.

What I do know we will carry with us into the clinic is Hope with a capital "H", and that Hope is not dependent upon a diagnosis, but is instead reliant upon our deep understanding that regardless of labels, skills, or deficits...Love Wins.  Kenny is loved beyond all measure by so many.  Hope will always be part of his life, as we gain better understanding of what "fits" his unique intellect and skill set.  Hope isn't lost because life turns out differently than expected, instead it shifts to include new possibilities.

Like the jigsaw puzzle we so patiently re-explained how to work with, Kenny's life itself is a puzzle, with a variety of pieces that seemingly don't fit.  There is no box with a clear image on it to use as a guide to putting it together, but there are pieces that will eventually snap together to reveal the surprise that will be Kenny's future.

And there is Hope and Love, and a beautiful young man who never gives up.

Dear Cyndi, As the mother of 2 FAS daughters from Lithuania, I will be interested in what you learn from the clinic and how they approach the testing. One of our daughters has the cognitive delays, but the other is very bright but so handicapped by lack of impulse control (still not totally potty trained at 11 yo but can do multiplication). I hate to say it, but while still working to achieve better outcomes, sometimes I console myself with the thought that they will live long lives and in 20 years brain research may be greatly advanced. I am hoping that some day neurons can be grown to fill in gaps. So, no matter what Kenny's innate limitations are, there remains hope that science can help in the decades to come. And, Kenny is so lovable that I highly doubt you will be the only ones to notice. Love will find a way. Sherry

I missed the post about his sexuality. Does it impact his abilities/people understanding him or it's just one of the issues you've worked on? And yes, you HAVE been quiet. But we are beginning to understand. Above everything else, I thank you for allowing us to pray for you and your family.Hope with a capital H, hoping along with you.