13 years ago, when we were busily compiling documents, meeting with social workers, and attending adoption classes, I never would have been able to predict what the future would hold.  The beautiful Kazakh baby boy that was born the day after we submitted our initial paperwork awaited us, but little did I know that with our adoption we would be adding others to our family...and I don't mean those that would carry our name.  From coast to coast, and even abroad, we have been so surprised how entering the world of adoption brought the opportunity to celebrate with one another, and to suffer with one another.  This past week brought a little of both.

I can't count the number of times I have found myself coming face to face with people who are technically strangers, yet feel like close friends.  Years of sharing our adoption journeys have created a bond which many might never be able to understand, but these bonds are as real as can be, and they have helped sustain us through interminable waits, or difficult and trying times post adoption.

In addition to adoptive moms, our lives have been enriched from having met translators, cousins of translators, missionaries, aid workers, social workers, orphanage directors, and many others.  Collectively, they are the most amazing group of individuals that anyone could ever wish to count among their friends.

This week we spent an entire day and evening with friends who have met us through our adoption of Kenny in Kyrgyzstan.  We had the chance to visit with John and Julie Wright, who have been engaged in life saving work in Kyrgyz orphanages and homes for disabled adults, as well as many who are homeless or at risk and living on the edge.  They are lovely and loving, and as authentic as one would ever hope a missionary could be.  Without care for denominational connection, they simply leave themselves open for God to use them however God can.  And how they have been used! 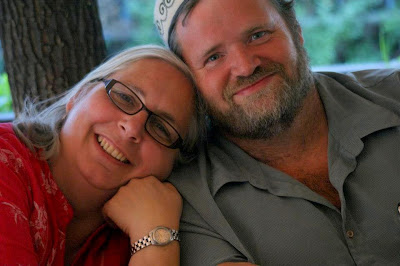 Kyrgyzstan is the minority in our home, with four Kazakhs and two Americans, so we try to make every effort we can to help Kenny know that we consider his country just as important.  That's one reason we look forward to any opportunity to be with folks who treasure Kyrgyzstan.  Kenny is older than almost all the kids that ever made it home from Kyrg, consequently many of his adopted countrymates are 5 years old or so.  It doesn't matter, he still loves having the chance to be with those who are from his old home.

I enjoy being around moms who understand a little of what our life is all about.  We speak a language others can't interpret, a language filled with abbreviations and  city names that are unfamiliar.  It is a language that often reveals the losses our children have suffered, the hurts we have attempted to help heal, and the sights and smells we can never forget that will haunt us for the remainder of our lives...eyes that belong to unnamed orphans looking up at us, the particular shade of blue/green on orphanage walls throughout the former Soviet Union, the sight of children being force fed as quickly as possible as they try not to gag on their food.

But the conversation doesn't end there, and after a purging of sorts, what dominates is joy!  We marvel at how beloved sons and daughters have grown and are thriving, we watch with huge grins as we joke about future arranged marriages, and we talk about the same sorts of things mothers everywhere have talked about for centuries.  Underneath it all though, is the belief that each and every one of us has been given a gift so very precious that words can never quite express it...but we understand that as we gaze upon the children surrounding us and think of how far they have come. 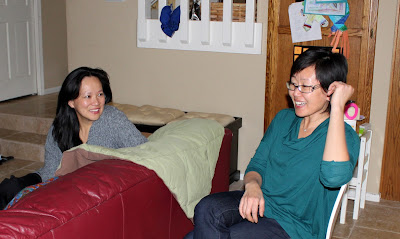 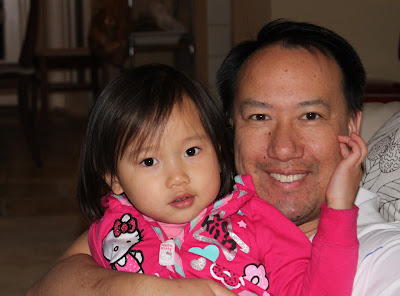 Yes, he is my real Daddy!  There are no "fake" daddys! 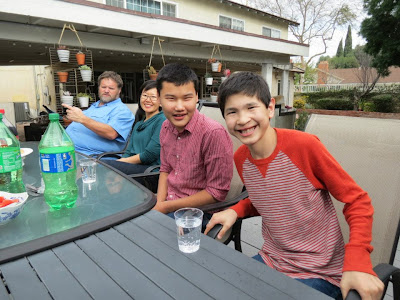 And yes, they are REAL brothers!!! Hahaha! 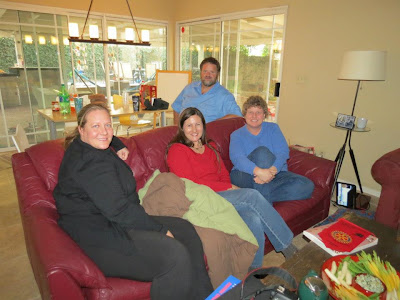 Love my virtual friends, especially when they become "real" friends! :-)  Here are the Melissas...two of them! 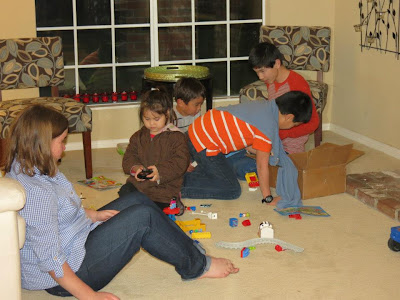 A room full of children who not all that long ago were alone in the world.
Is there any more beautiful sight than belonging? 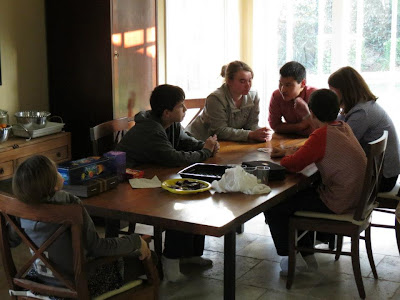 Just as the Moms need their time to be together and share, so do the kids.  Even if the words don't come easily, simply sitting around a table with kids whose lives include the same experiences helps you feel more "normal".  It's a shame older kids don't have more opportunities to get together. 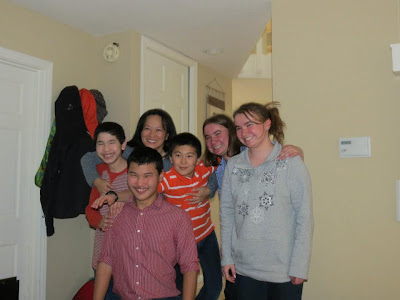 Hmmm...this mom looks a little more like she "fits" with the boys! 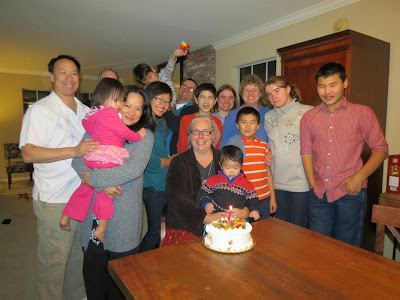 Who cares who fits with who.  In this group, it is hearts that match and are the only thing that matter. 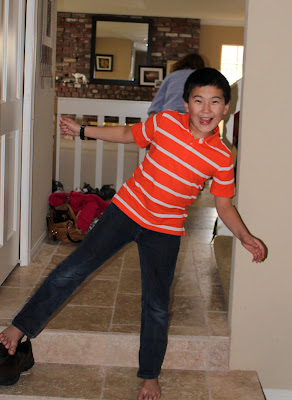 Everyone had SO much fun!  Nine hours later, it felt like we had barely started partying! 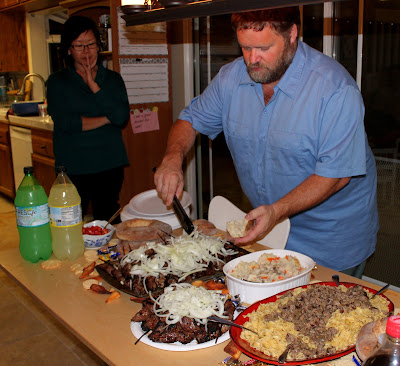 John treated everyone to a Central Asian feast...and it was scrumptious.  I so wished Dominick could have been standing at the grill with him, they would have had such fun! 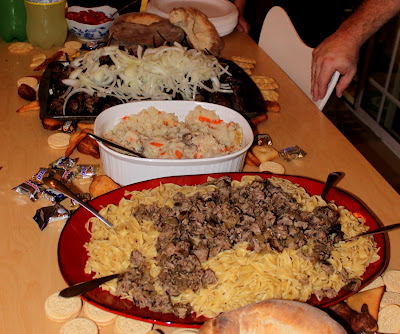 Familiar foods...and safe to eat, unlike our doubts in Kaz and Kyrg! 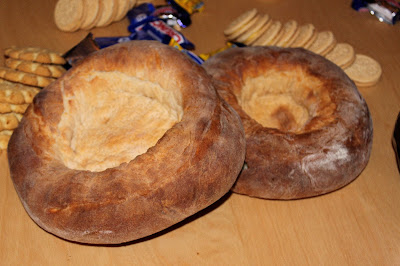 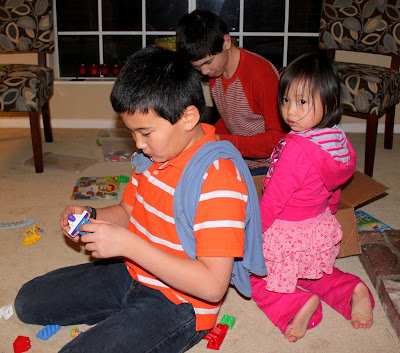 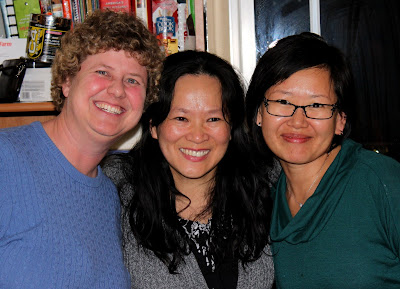 Less than 12 hours later, these smiles would turn somber as we all learned that the chances for the remaining Kyrgyz children to come home to their families was pretty much washed away.  The only adoption agency who was accredited to work in Kyrgyzstan declared bankruptcy Friday morning, leaving families with no recourse to be refunded tens of thousands of dollars paid in fees, and with almost no hope.  For many of the families, this is the second agency they worked with to have closed its doors (one of them was our old agency).  Faces of children longed for and prayed for by so many flashed before us as we felt the sorrow and heartache of those mommies...real mommies...whose children will likely never find their way home to them.

Amir is one of these remaining children.  Kenny's buddy whose committed family has waited five years to bring him home, may never tuck him in at night.  The parents of all these kids have gone through so much, they have made trips to Kyrgyzstan, they have advocated relentlessly for their children's adoptions, they have paid fees over and over again, redone dossiers multiple times, had hopes lifted only to be dashed, and have done everything humanly possible to gain traction for their children's lives to be saved.  They are an inspiration to us all, and our hearts break with you, for we have never forgotten your precious children.

Why?  Why did our children make it home while others never will?  Oh, we know...we know our children are no more deserving than the ones left behind, and there is a little survivor's guilt associated with all of this as I post photos here on the blog of smiling, happy faces of children who did make it home to their forever families.  It is why we can't forget, it is why others may never understand why adoption and birth countries remain part of our lives forever, because you can't just walk away.  We have friends bound for the streets if someone doesn't do something, we have friends in Petropavlovsk and Bishkek who are aging out of the orphanages even as I type this tonight, and they have nowhere to go.  There are children whose brains are not developing which will effect them for the rest of their lives, there are children whose lack of decent nutrition is right now causing rickets and other abnormalities, there are children for whom the lack of one on one care is doing irreparable damage to their souls.

So, while we celebrate, we also mourn.  Every conversation is tinged with the knowledge that be it in Kyrgyzstan, Kazakhstan, China, or Africa...there are children who will never have what our own children now have.

It's why we need the John and Julie Wrights of this world.

Cindy.... Its been ages since I read your blog. But tonight I did... And now I am crying. You are right as always. I will never be able to thank you enough for all the courage you have given me to fight on when all seemed dismal in my life. And to the Wright's they are truly an extended family to me. Hugs, Love and Prayers to all of you.

Oh Cyndi, I didn't know about the agency declaring bankruptcy...