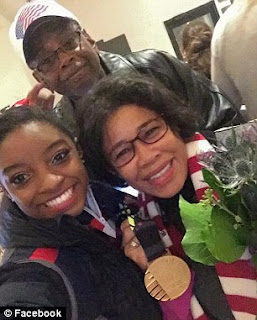 The world is all a twitter over the following news story about Simone Biles, Olympic gold medal winner (Yea!!) and the comments made by NBC broadcaster, Al Trautwig, which many consider demeaning and dismissive of her adoptive parents, who are her biological grandfather and his wife. For those who are unaware of the controversy taking the adoption world by storm, you can quickly read about it here:

I have pondered this one for the past 24 hours, trying to ascertain what my truest thoughts are about having an adoptive family so blatantly denied the validity of their relationship.  I have come to one conclusion...

Knowing I will be in the minority on this one, that my hackles aren't up and my ire is not aroused to the degree that many think it ought to be might need a further explanation.

You see, almost every single day of our lives as the LaJoy Family, someone somewhere questions our legitimacy.  I have lost count of how many times we have been assumed to be a foreign exchange group out in public.  Any time we are walking through a store and one of our sons puts his arm around my shoulder and leans in to say something, we get stared at quizzically.  Our daughters' accents mark them as foreigners and it is never, ever  thought that I am their mother.  When they try ti explain that I am, indeed, their mom often there will be stares and an utter lack of understanding as it takes a few moments to "click".  When samples are handed out, I have had to be forceful more than once that yes, indeed, I am their mom and am entitled to give permission for them to partake of the goods being hawked.

Frankly, I have too many other more pressing concerns to get hot and bothered about.

That doesn't negate the fact that education starts with me, or that other families find this more disconcerting than we do, or that even from time to time we all get a little tired of explaining and being stared at.

Walking through the world as a family that is so obviously different than the norm, you grow a thicker skin.  The world will think what it will think, and there really is little we can do about it.  The fact that the imagination of the average American is so narrow that it can't possibly fathom that people of different races might really belong to one another is not something likely to ever change easily.  Over time, as more diversity is reflected in film, television, and advertising there will be a growing awareness of mixed race families.  Meanwhile, I'll do my little part by kindly correcting, gently pointing out the errors.  I have never found that being militant about anything ever brings about much other than anger.

What matters far, far more to me is that our family views itself as legitimate, that we are strong enough to be public and not hide, nor feel shame or embarrassment because we don't "match".  Long ago, I realized that this was forever, that for the remainder of our lives we were walking around "branded" as different, and I had two choices.  We could walk around with a chip on our shoulders, taking offense every time it happened and waiting to pounce to correct someone, or we could recognize the innocence behind most of it, and that there was no judgment behind the mistaken categorization, but merely a lack of awareness or exposure to a variety of differently matched families.  We could laugh and keep the moment light, or we could elect to darken it ourselves with a layer of assumed prejudice or delegitimization.

We can't walk through life that way, we are the only ones that hurts.

Sure, I agree with the argument that we are "real" family, and I understand the need to change our collective understanding and language around this.  I also see how this was an extreme situation and there was an obvious lack of sensitivity in the case of Simone Biles and her adoptive parents.  I am not even at all against the numerous editorials and Facebook posts condemning Mr. Trautwig for his crass denial of this family's legitimacy. 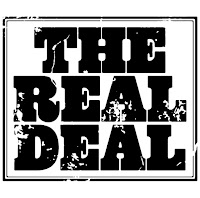 But regardless of what anyone else ever says or does, there is not a single thing they can do to refute the Real Deal...the love the exists between us creates a bond as strong as any biological connection could ever be.  I have wiped their tears, I have encouraged them through struggles, I have giggled at their silliness.

I am called Mom by five of the most wonderful young people on earth, and the fact that I feel they are the most wonderful young people on earth and burst with pride at every little accomplishment, or fight tears with every discouraging or painful moment means I have earned that title.  Whether there were court documents to support that claim or not matters very little.  I am Mom, they are sons and daughters, we are family.  Let others say or think what they may, it won't change a thing.  We aren't a "Fake Family", there is no such thing!

Asian eyes smile at me, heavily accented English greets me each morning, dark skinned arms wrap me in warm hugs.

Let the wars go on, and we'll do our small part along the way to help change hearts and minds.  Time will change things, and in the meantime, we'll keep on loving one another openly and joyfully.

And in the long run, that really is the only thing that changes anything. 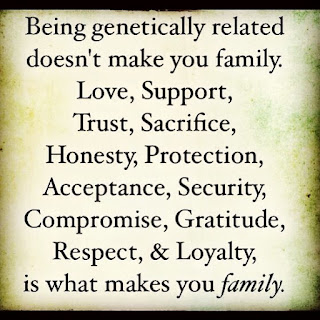 You go girl!
I know exactly having a adoptive mom of a different skin color than mine. If there is one thing I learned and I hold it a truth for everyone to this day and some should take it more seriously as family's abuse one another.... "Blood does not make a family, LOVE DOES!!!" your children know who thier "Mom" is and that is all that is important..... of course in our world so many are out to manage someone else's life so they don't have to pay attention to thier own....(steps off the soap box)